because we missed it…

“My Slytherin Bolero” by Cation Designs

As I mentioned in my last post, I was in a bit of a sewing rut because of my long break from my machine, so I was ever so grateful for TSWR’s guidelines and deadline pushing me to get my act together. I do best when I have some loose parameters (and a semi-firm deadline) — I know, so INTJ of me — so I hied me over to the stash to locate a suitably colored fabric. I actually had a length of bottomweight twill in emerald that would’ve been perfect, but I had had it pegged for a pencil skirt. So? What’s wrong with that, you ask? Well, to ease myself back into sewing, I wanted to make something less intensive than a garment that needed to be perfectly fitted to my butt, you know? Even though I already have a pretty good pattern, I decide I wasn’t mentally ready yet (have you noticed that lack of mental readiness has been a theme for me lately?), so I decided to make… 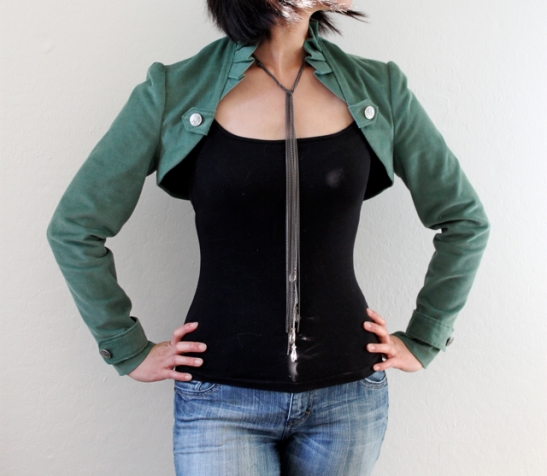 …a fitted cropped jacket-y thing in a difficult fabric, with lots of little fiddly details. Tell me how this is supposed to be easier than a simple skirt again? In my defense, I wasn’t in love with this “Deep Lichen Green” corduroy fabric, so I figured I’d just quickly slap something together and not care too much if it didn’t turn out perfectly. I had just barely a yard of this fabric, and it was a weirdly-shaped piece to boot, so a bolero (or pencil skirt…but let’s not go there) was the only pattern I could think of that would fit. It was an untested pattern, too, so I ended up making lots of changes on the fly; I figured it would be a wearable muslin of sorts.

Only problem was, once I sewed up the shell and attempts at a matching lining from stash fabrics pretty much relegated me to black, I realized that this would be perfect for a Slytherin House look if I also used silver buttons. Suddenly I found myself caring quite a bit about making it as perfect as possible. It was too late to interface the front (especially since I don’t know which box the nice interfacing is in, plus corduroy has a plush surface anyway) or put in shoulder epaulettes, and I neglected to grade the very bulky seam allowances, but ahh, such is life? 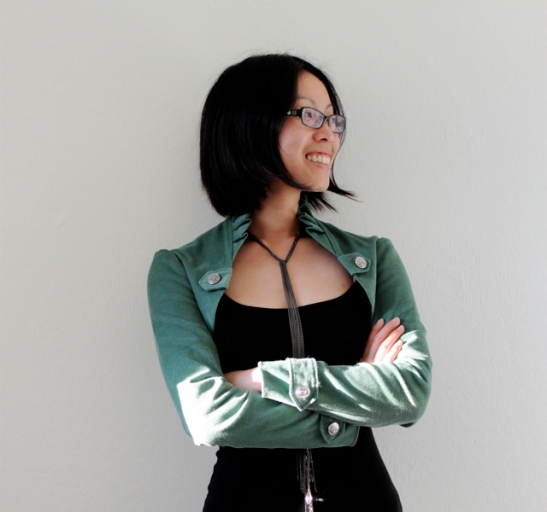 In the spirit of honesty, allow me to say that the design was totally stolen from inspired by this bolero fromBlack Mirror Design. I didn’t have enough fabric to make the neck ruffle into box pleats, nor go all the way around; I settled for knife pleats and made it go as far as I could. I think I like it better that way, since it looks less busy. I also opted not to do the back tab since I got lazy don’t want a button bothering me every time I lean back.

Summary:
Fabric: About one yard of mystery-content corduroy, not too heavy…gifted, and therefore free, from the stash of a friend who was moving out of the country. It was pretty wrinkled from being packed and moved up the state, but I was scared of ironing the fabric and crushing the pile, so I ended up steaming the whole thing for half an hour before I started cutting it out. The lining is leftover black sheet from this dress.
Notions: Four metal buttons with a very tiny rampant lion in the middle of the coat of arms…so even though it’s Slytherin colors, it’s very subtly showing support for Gryffindor? Maybe it’s femme-Snape’s bolero, since, you know, he was all about his house, but ultimately supported Harry in his fight against Voldemort.

Pantone Challenge colors: Deep Lichen Green. Okay, maybe it’s a bit lighter than that, but just turn down the brightness of your monitor and it’ll be fine! I didn’t want to buy new fabric for this challenge, so sue me. Actually, these pictures make it look more Emerald than it really is.
Pattern: Simplicity 9091

Year: 1999…yikes!
Time to complete: Something like fifteen hours? The actual sewing was very easy; the majority of the time was taken up with trying to fit the shoulder/neck area (I ended up cutting off that weird extension that the pattern called for and subbing in the ruffle instead) and trying to figure out how to bag the lining. I sewed the sleeve ends together wrong several times before figuring it out.
First worn: Just for pictures…it’s too warm for outerwear still, even if this is fairly light-weight corduroy.
Wear again? Presumably?
Will you make it again? Probably not, since I don’t need many boleros in my life. They’ve always struck me as a fairly impractical garment, since they leave your torso all cold.
Total cost: Only $3 for the buttons! Since both fabrics were stash/free, it was a very economical make. Especially when you consider that the bolero I was knocking off costs over $180!
Final thoughts: I love that my favorite makes usually start out on whims, usually as wearable muslins that snowball into something more. Even though you can’t really tell from my expression in the photos (it was the end of a long day, and I wasn’t even sure I’d make it back home in time to catch the last bit of sunlight), I really like this bolero, since it hits that perfect sweet spot of not-your-everyday-garment-but-not-too-costumey-to-wear-when-it’s-not-Halloween. Mr. Cation’s reaction: “What era is it from? It looks French.” Before I could protest that French is not an era, and that this was supposed to be a modern pattern, he pronounced it way more wearable than any of my superhero dresses, so I’ll take that.

4 comments on ““My Slytherin Bolero” by Cation Designs” 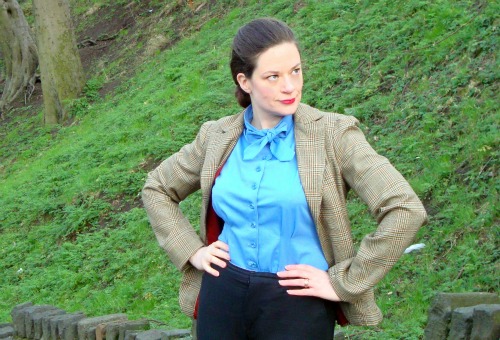 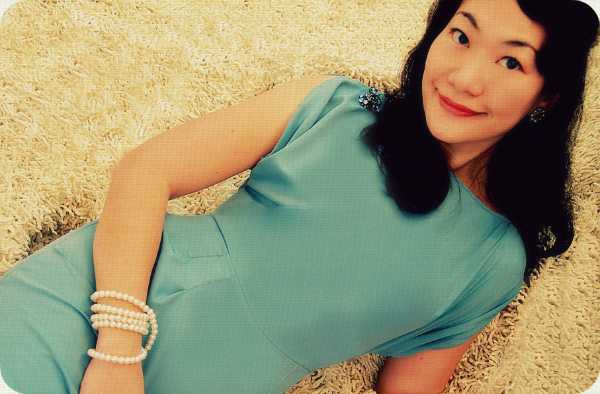